As I was sorting out my gear the other day, my better half asked me âHow many cameras have you actually gotâ? This could be a leading question, like the time she asked how many guitars I really needed.
âWell, just the two dear, Oh, I forgot 3, though now you come to mention it, I think it might be 4 or 5â.
Soon enough, the obvious follow up question is why.

I still had my Pentax ME super in 2004. I know that because this photo of Rosie is a scan of a print I took when she was a kitten, and she is 17 now I think. 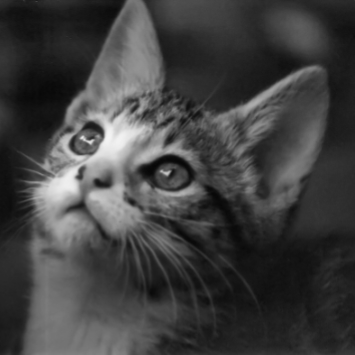 My first digital camera was an HP compact, not terrific, and I remember thinking âThese will never be good enough to replace filmâ. It canât have been long after that the Pentax was consigned to the cupboard under the stairs, and I was the proud owner of a Fuji S7000. I seem to remember being fairly amazed at the picture quality of the Fuji and donât remember anything particular I didnât like about it, or why I replaced it in 2014.

Around the same time I bought my daughter a little Samsung compact, and was so impressed with it I bought another for myself, testament to what great value it was at the time as well. Great picture quality, a useful zoom, and it takes good videos, but still slips in your shirt pocket. I used to use it on holidays for those spur of the moment snaps and out in the evenings when I didnât want to take the big camera. I still have that one.

The successor to the Fuji was a Nikon Coolpix P510. Lovely build, beautiful bright red colour. What drew me to this (apart from the deep red lustre finish) was the screen at the back came away from the body on a cantilever arrangement, and its lens, 72 x optical zoom. A bit of an extravagance, I had to sell the Fuji on ebay to compensate for my decadent spur of the moment purchase.
In 2015, the Nikon began playing up and wouldnât charge the battery. I bought an external charger and another battery which sorted the problem, but by that time Iâd convinced myself it was on the way out. I also wanted to play around with some filters, and the P510 does not have a filter thread.

Of course, I also needed a DSLR if I was going to be serious about all this, so soon was the proud owner of a Canon EOS 700D. My first impression was it reminded me a lot of the old Pentax. Nice fit in the hands, and that hugely satisfying kerchunk as the mirror operates.

A few years later, a friend was selling his Nikon P900 for not very much money, with batteries, memory cards, filters, case and tripod, an offer I couldnât refuse.
The P900 is very much a big brother if the 510. It has a superb lens, with a filter ring. The quality of the lens is good and the zoom (wide to 2000mm in 35mm terms) is phenomenal. Since the Nikon arrived in my camera bag, it has often won the âeeny meeny miney moâ battle against the Canon, and I donât believe I have used the Canon telephoto lenses since.
I couldnât part with the P510 and still use it when I go out on the motorbike or somewhere the better cameras might be damaged, and long haul holidays, as it is light enough to go in the hand luggage.
I also still use the little Samsung from time to time, especially for those times you do not want to be carrying a camera about. Its most often used for videos of bands playing in pubs. My phone probably takes pics and videos as good as the Samsung, but I find it difficult to hold while taking photos.

So the answer is actually 4 for sure, but I think there is still a Fuji compact kicking about somewhere as well.

Getting back to the guitars. I had 5 of those, but they are a bit bigger than cameras, and often in the way (according to she who must be obeyed anyway) so I had to sell one, gave one away, hung two on a wall, and the best is on a stand nearby, where I can always grab it and have a strum when its too wet or cold to go out taking photographs.