I've been thinking a lot recently about what is causing Gullivers poor performance and power loss.
I don't have unlimited resources, and would prefer not to take him to a dealership and pay through the nose for them to keep fitting expensive parts intill something cures it. My researches on internet forums seems to suggest that is exactly what happens, even more so at VW main dealers.

I am reasonably mechanically minded and can undertake certain repairs myself, so I decided I would try and eliminated the obvious first, diagnose the problem, fix what I could do then go to a proffessional to do the stuff I wasn't able to.
The error codes report a Max Airflow Sensor Fault and Turbocharger underboost. The turbo not working properly obviously results in the power loss, so time to make a list.

1] It could be a worn out malfunctioning turbo, (very expensive)
2] A blocked DPF or CAT causing the turbo to run slower than it should (also expensive)
3] A leak in the intake side of the turbo (less expensive and possibly fixable by me)
4] Literally a failed MAF sensor causing the ECU not to operate the turbo (cheap and optimistic)

It seemed sensible to go up the cheap and optimistic route first, so I fitted a new MAF sensor to eliminate that part, but unsurprisingly the problem persisted.
I checked the pipes leading from the air filter to the intercooler and then to the turbo as well as I could, and they seemed in good order.
Listening to the engine with a couple of friends, one of them detected a whistling noise from the front when reving the engine. You could not hear it unless you were right by the grille which could be why I had nod been aware of it. After removing the grille, close inspection of the intercooler showed a lot of corrosion at the bottom, and it looked slightly mishapen. If it was OK now it didn't look like it would last long, so I ordered a replacement. The supplier suggested sending a new radiator as well, on sale or return, as while it was all in bits it could be inspected and replaced at the same time if needed.

The parts duly arrived and a friend and myself started the job. The hardest part was dismantling the front, lots of hidden fastenings and almost impossible to get to screws. Thankfully they were torx heads, not posidrive, so once you got the torx bit in them it stayed in.
With the intercooler removed, it was clearly the cause of the problem, having a 10cm long split at the bottom. This was on the rear of the cooler, and could not be seen from the front of the vehicle.
The radiator did not look too great either, so we replaced that as well, and fixed the front back on. With the codes erased I took him for a test drive and the difference was remakable, after having driven for so long with the power loss. 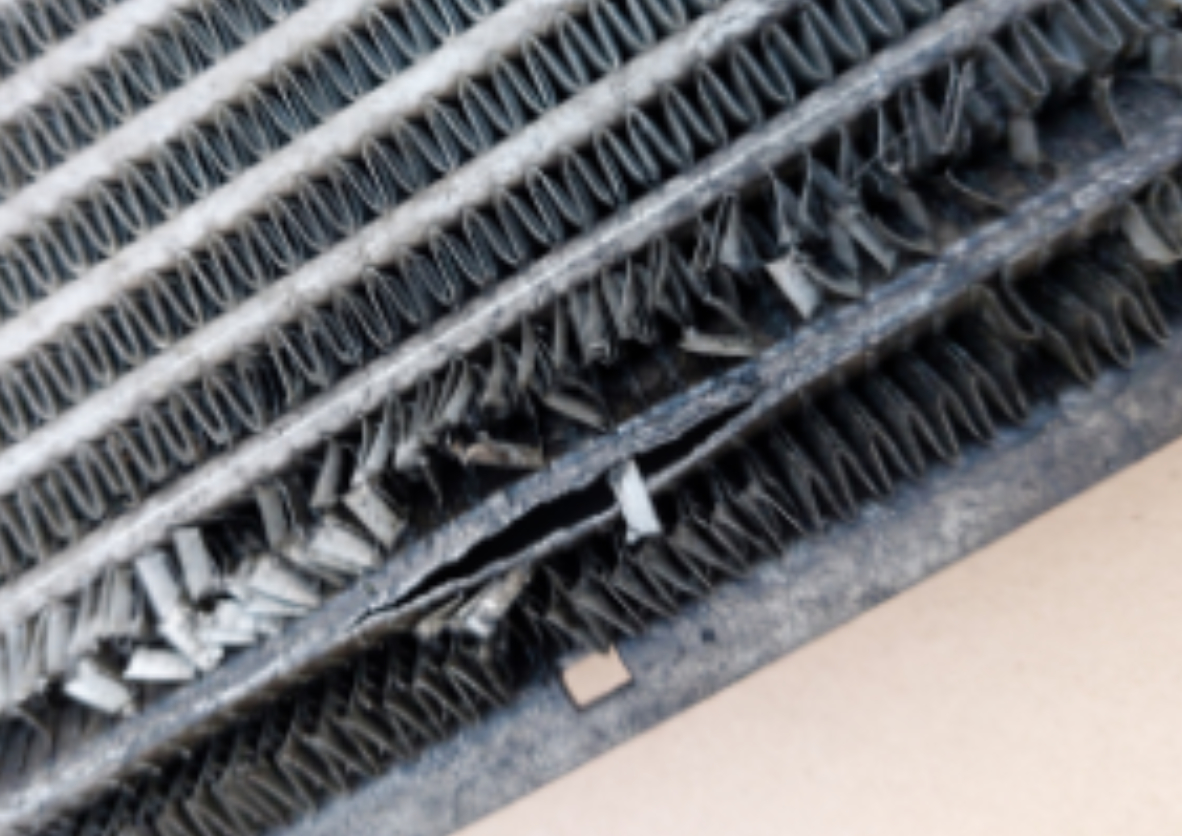 The following weekend we went away to a firework night camper night with the SVT club.
On the way, the engine light came back on, though there was no difference in performance. The fault code said the MAF sensor did not agree with another sensor further down the line, so I aim to replace the new cheap one I fitted with the original sensor.