A campervan is for weekends, not just for holidays, and despite the onset of real Autumn, decided we do not want to be fair weather campers.
Recently, we went to Norfolk for a long weekend, staying on a site near Cromer. It is about fifty miles away from where we live, and my daughter and her husband were staying nearby and we had arranged to meet up. Gulliver started off fine, but after a while went into limp mode again, and the management light came back on, so it still has a turbo fault.
Stopped at Sherringham on the way and had a mosey about and a pint. In the evening met up with Em and Barry for dinner at The Foundry Arms at Northrep, just outside Cromer. Had a great fish platter.

Next day we drove along the north coast, stopped at Blakeny and Wells. Blakeny a bit disappointing really as basically just a mudflat with the sea about 5 miles away.
Found a nice corner in the campsite away from the riff raff, kids and dogs. Dinner in the evening at The New Inn, near Roughton with Em and Barry.

Got up late again on Saturday, and had a few coffees in the sunshine. We have been very lucky with the weather these last few days, it has been quite sunny and warm. Went for lunch at The Pigs in Edgefield, very nice but a bit lardy! Went to Cromer in the afternoon then back to the site for an early night. Strangely, Gulliver ran fine that day, (several short journeys) with no limp mode apparent.
We came home on Sunday, we'd had a really good time, and decided this should be a regular occurance.

As is often the case in a small village (town), we don't eat out locally as we are not keen on the options. I am reluctant to go out for the evening and not have a drink, so we would need a taxi to go further afield, and just travelling 10 miles adds up to about Â£40 each way, so we just don't bother.
However, we now have a camper, and quite a few places let you park up overnight for free if you are eating and drinking, so we arranged a little local trip.

There are a couple of VW specialists not far away from us, who I wanted to sound out about Gullivers asthma, and also what semed like a nice pub restaurant nearby that would let us stay the night.
Table booked we set of for The Swan at Earls Colne, about 15 miles away!
We had a look around the two VW places, and a garden centre, then rocked up at the pub. I went for a few 'apperitifs' while the other half had a brew up in the van, after which we had a great meal and suitably fed and watered, rolled back to Gulliver for the night.

The following day we decided to head off further south and ended up at a pub in the middle of nowhere that happened to have a band on that night.
After checking we could park the night, we headed off to Maldon for the afternoon, and an early dinner, before arriving back at the pub.
The band turned out to be terrific, the locals good fun, and we had a really great night.
Surprisingly, even though it is getting a bit chilly at night, Gulliver is quite warm and cosy. 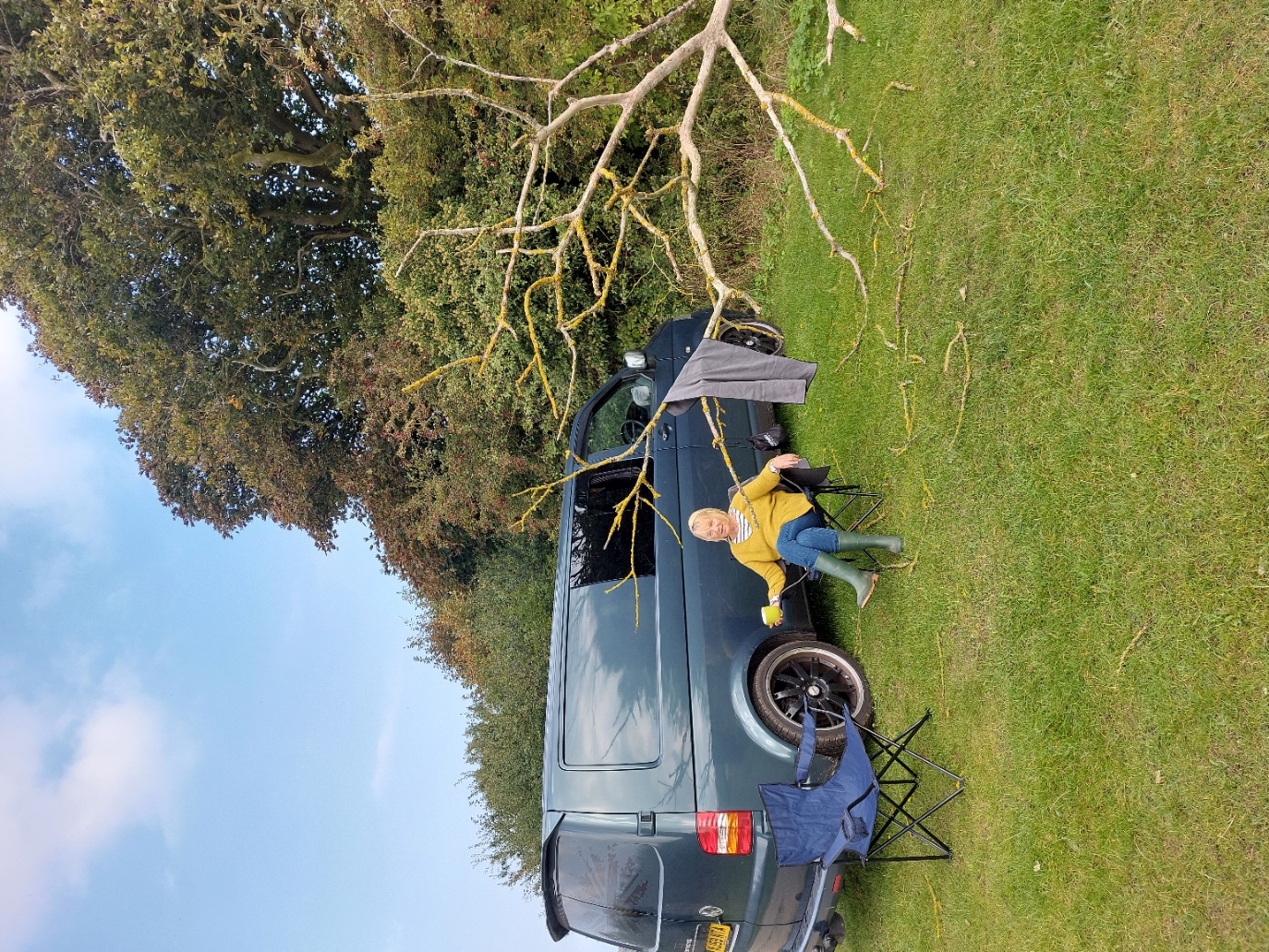 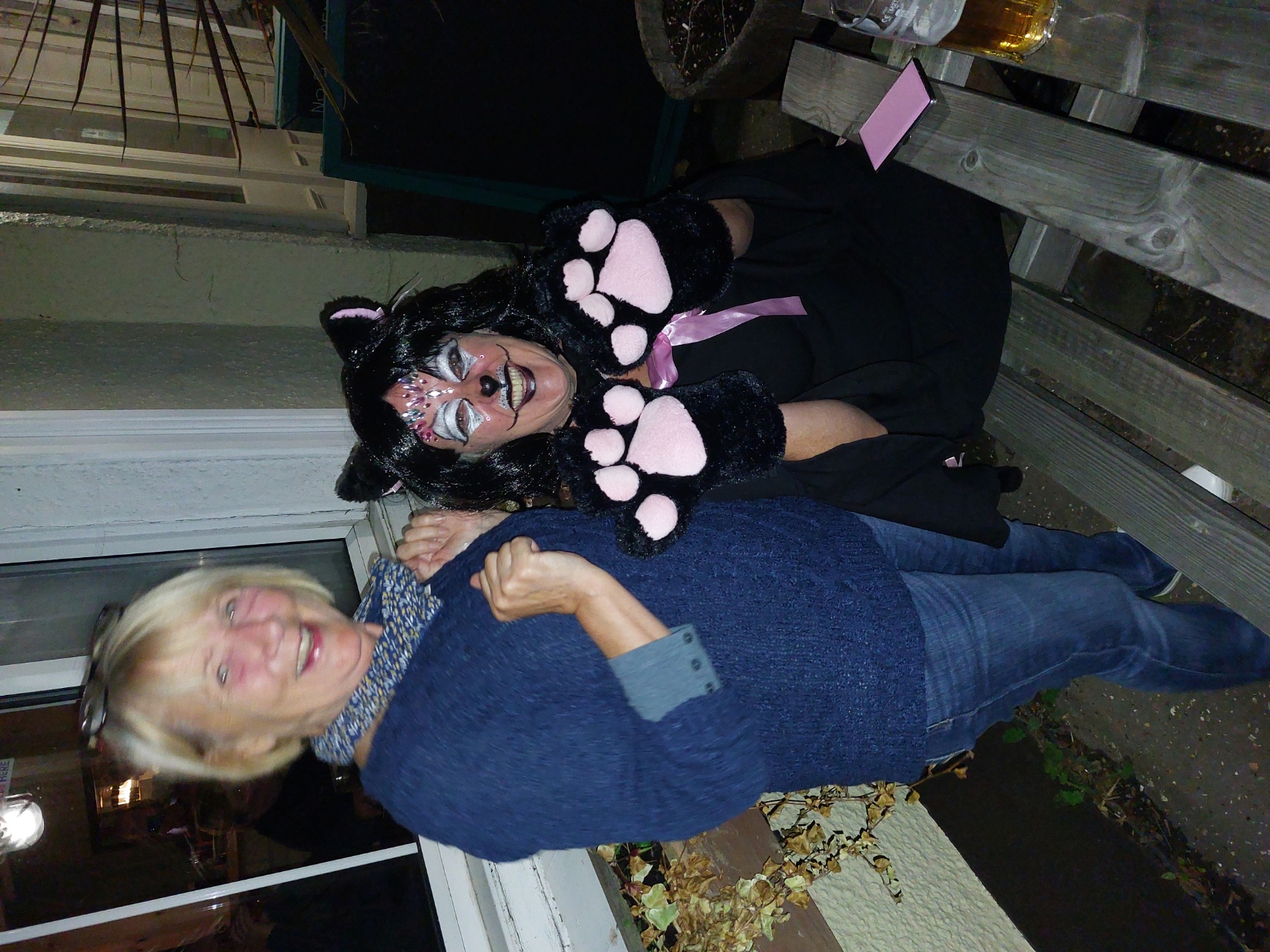 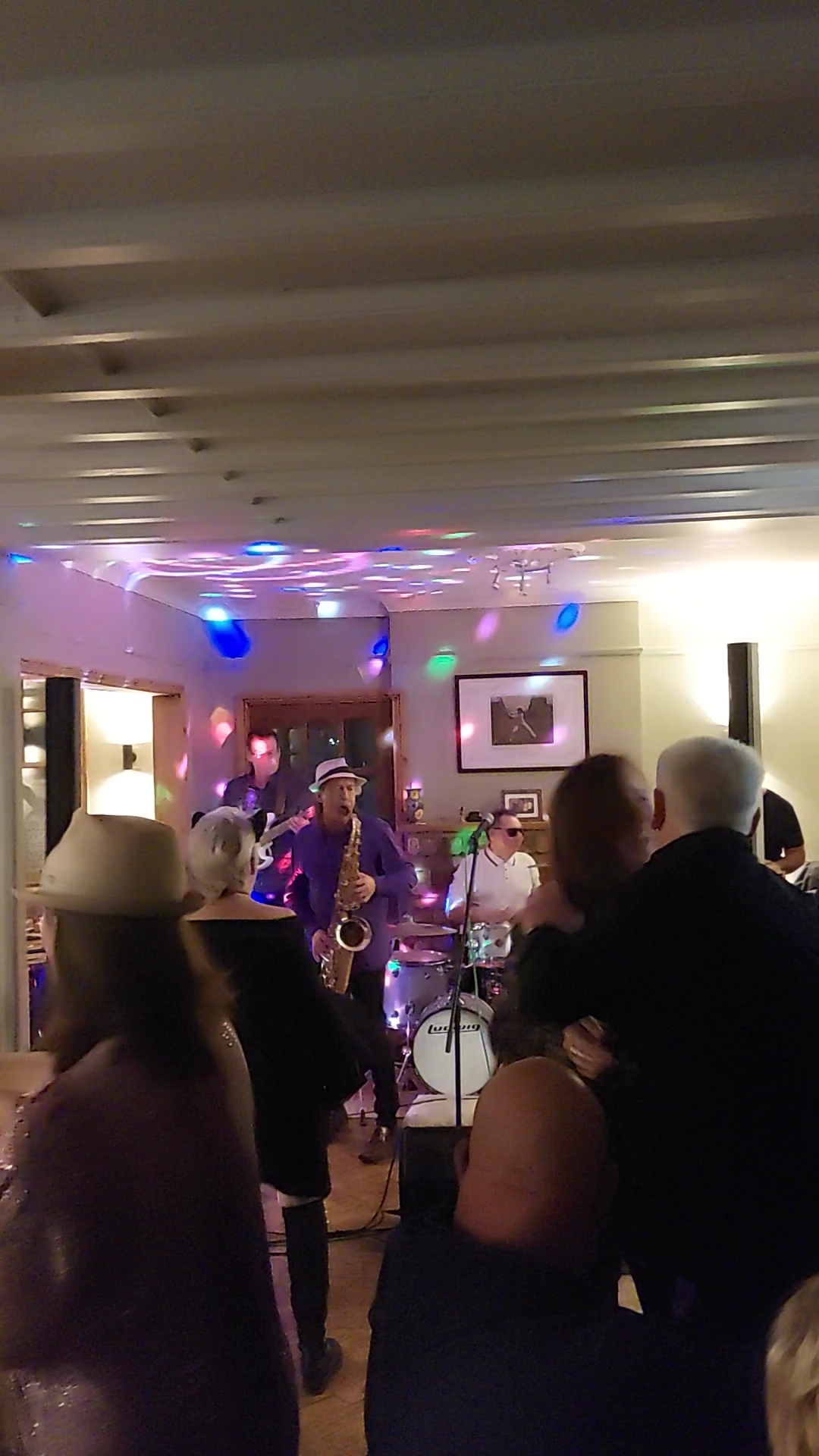