If one has a positive outlook on life in general, you often look at things with the with the premise âWhen one door closes, another opensâ.

If you ignore the obvious downside of the current restrictions, lockdown has turned up some surprising benefits as well.
We are quite fortunate in that we live in a rural location, have a garden and are able to secure online shopping deliveries on a regular basis. My work is mainly computer based, and I found I could work from home just as easily as going into the office.

The weather is surprisingly good, and Iâve completed all those jobs that Iâd never had time to do.
In reality, I probably did have the time, but with the opportunity always present to do other, less tedious things, not having time was the standard excuse.

With that excuse closed off, Iâve jet-washed the patio, built a log shed, refurbed a garden bench, built a cold frame, removed, de-varnished and painted the back door (a particularly unwelcome job I had put off for years), and treated the wooden shed and fence panels. The garden is looking the best it has done for 10 years! 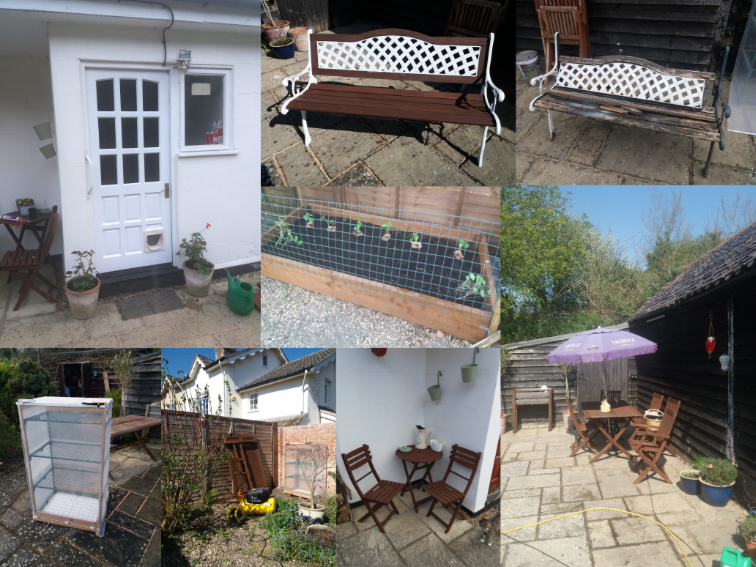 With lockdown looking set to end, my friend and local publican asked if maybe I could write an app for him so visitors to the pub could order and pay for their drinks on their smartphones, and list their details for track and trace. Apparently that was going to be a requirement for the pubs re-opening.
I like a good project, so set to it and produced one, and pleased to say that after a bit of de-bugging, it works well.
It is quick, and simple enough even the over seventies regulars can use it. Version 2 had me adding a QR code function so now you just scan the code on your table and that logs you in.

When the restrictions were lifted and we were able to travel we spent a few weeks in Cornwall so I could get some photographs and my wife could visit her daughter.

As anyone who knows me can verify, I do like a few beers in a traditional country type pub.
As you can imagine, the world and his whippet descended on Cornwall as an alternative to Greece and Spain because of recent events, and it was pretty crowded.
Rishi Sunack had come up with âEat Out to Help Outâ so it was impossible to get a table to eat on Monday to Wednesday unless you had booked the table two weeks ago!
As you had to sit at a table even to get a drink, it wasnât easy to find a pub with a vacant seat.
Despite that, I persevered in my quest, and found a few nice places a little off the beaten track. All the pubs (and MacDonalds) were using the kind of apps Iâd developed for my local, mostly provided by the parent corporation, many of which plain didnât work.
Having tried several of them, out of the ones that worked, pleased to say mine is the quickest and simplest to use.

Despite the crowds, it was great to be back in Cornwall, and we had some really nice weather. Planning to return in October when it is a bit quieter.