As with all new installations, often a few snags show up after being used for a while. On arriving in Cornwall we discovered the sink leaks from the plughole, the cheap plastic chinese seals provided not actually up to the job. I popped into Falmouth and bought a tube of silicone which soon fixed that problem.
My wifes tablet refuses to charge on the USB ports, despite the fact I had added some electronics to ensure they provided a 3 amp supply. It has never liked any aftermarket chargers and I suspect the PSU is also 'chipped' like the Dell charger for my laptop.
I sacrificed a USB cable to try the same trick as I had for the laptop, but that didn't work. In the end I ordered a small inverter from Amazon to be delivered to my stepdaughter who we were visiting which solved that one.
We discovered that the privacy glass blacked out windows were not actually that private, as when the lights are on inside you can see through them from the outside. I will have to fit some curtains at some point!

While at a village fete in Ponsanooth, I won a goody bag in the tombola that contained amongst some other stuff a VW bus painting and VW Bus eggcup, adding the final touches to our mobile hotel, which aquired the name 'Gulliver' somewhere along our journey.

Tried the awning out and quite pleased with it. It is very easy to put up and down, providing shade or shelter depending on the weather, and increasing the 'moving about' space when parked up.
Parked up one night on the cliffs overlooking the sea on the north coast for a bit of 'wild camping'. Such a beautiful view early next morning, much better than waking up on a campsite. I actually found and picked up some litter, so can honestly say we left the place cleaner than we found it. 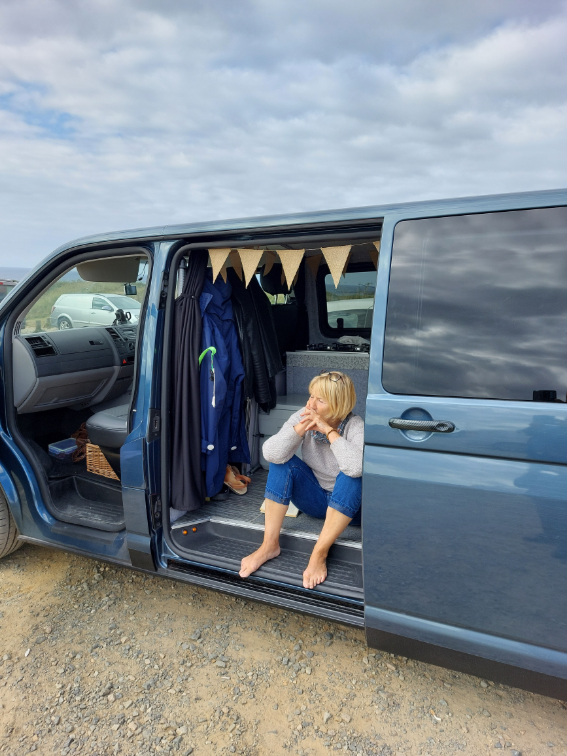 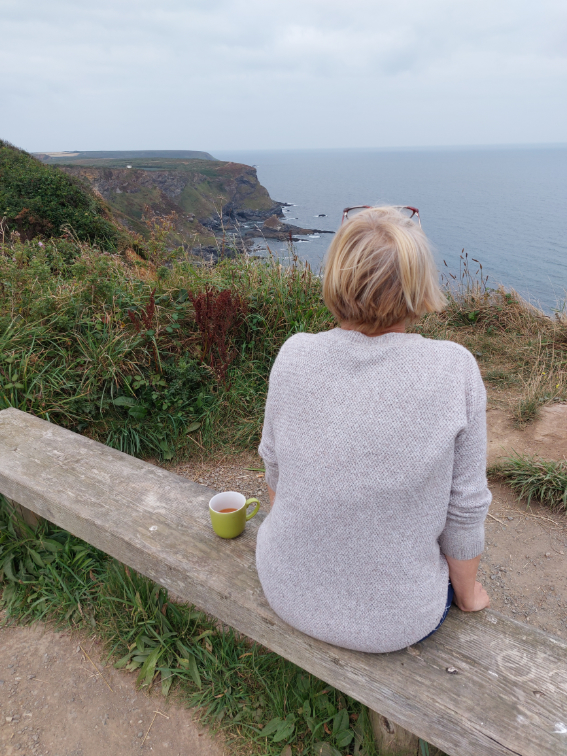 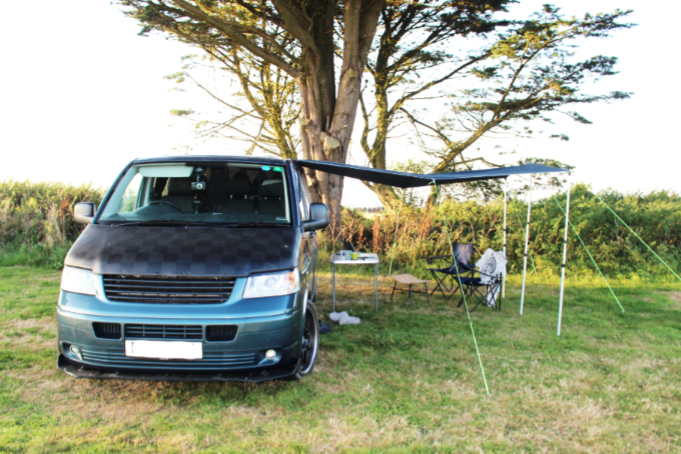 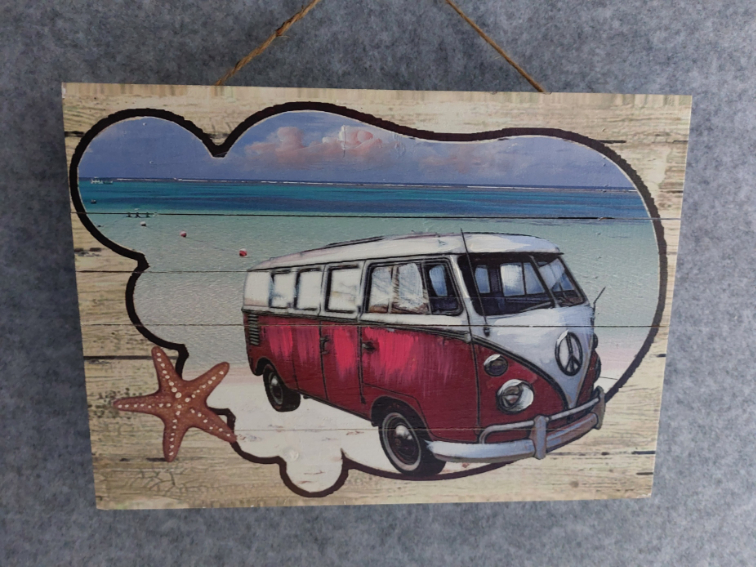