All the hard work is done, and I have to say it was harder than I expected
I might have over-engineered it a bit, as that timber and ply is pretty heavy and my back is killing me! I had to get it done fairly quickly as we go away in it next thursday, so it was a fairly intense two weeks.
Last minute things now done, like the cover panel for the hob and sink, leisure battery fitment and relay, finding a gas bottle and making the laptop power supply.
That was unexpectedly complicated, as when connected up the laptop annonced it had detected it was not connected to a genuine Dell power supply so it had gone on strike.
Had a bit of a google and it seems Dell put chips in their PSUs so you can only use OEM chargers that cost a fortune.
As the lead from the laptop had 3 wires, I put a plug on it that connects to the third wire and earth, so you can connect the PSU to the camper power supply, and hey presto, fooled it into thinking the genuine PSU was juicing it up. Stick that up yer #!se Mr Dell. 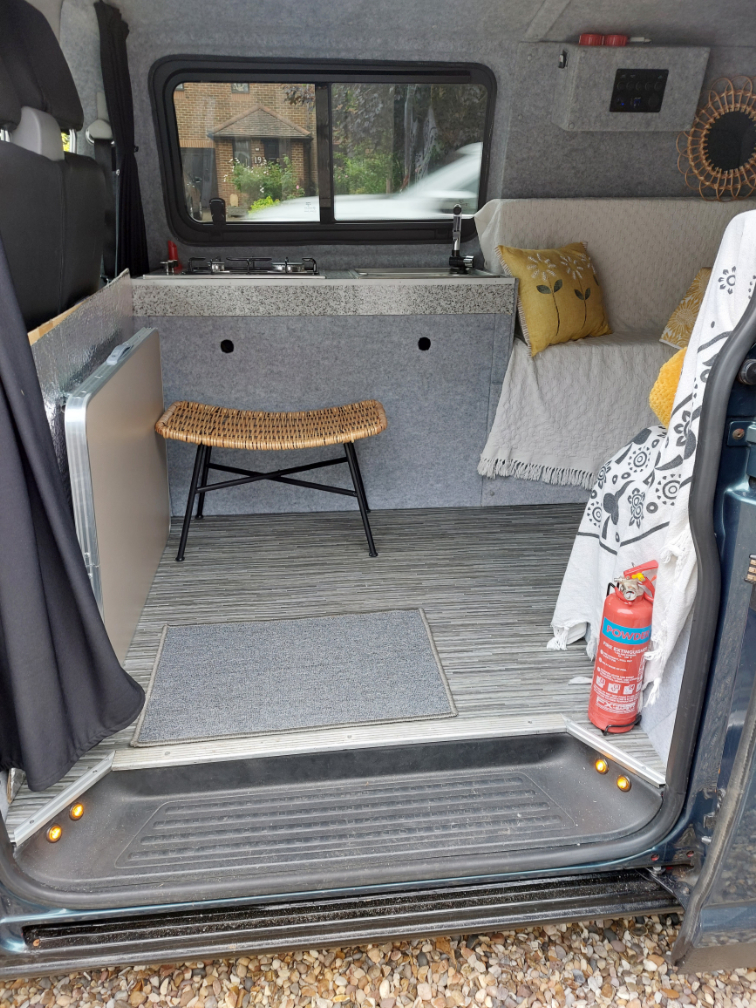 I'd ordered an awning to go on the side so attached the rail for it to the roof.
The dashcam from the car was re-deployed into the van as it has a rear camera with it that I had never used on the car, and surprisingly the cable for it was long enough to fit it to the van. After setting it up, was astounded to see it shows a full rear view picture when the reversing lights power on, complete with distance lines like a modern cars reversing cam. Not bad for a cheapo bit of chinese kit off Amazon.