A friend mentioned that I don't update this blog very often, and if I didn't do it more regularly, people would not bother coming back to read it.
Guilty as charged! You could liken it to writers block, but that would imply that I am actually someone that writes to deadlines or something similar.
The main reason is that my day to day life seems very ordinary, and nothing much happens that in my opinion anyone would want to read about. In that, I am apparently wrong, according to my friend, and I should write about anything, even mundane stuff.
I don't actually read many blogs, so in that respect cannot be sure my critic is not correct in their opinion, so I will try harder.

We like to visit Devon and Cornwall at least twice a year, and would like to spend more time visiting other parts of the country as well.With the high cost of hotels and B&Bs, especially since lockdown, the cost soon adds up and we do not get away as often as we would like to. About a year ago we decided it would be nice to have a camper van.
This would be much less expensive than accomodation, and as I only work three days a week, we could just 'get up and go' for long weekends away whenever we wished.
Having spent a few months scanning the internet for secondhand campers it soon became apparent that I would have to buy a secondhand van and convert it myself.

I started looking for VW sized vans with windows, ex minibusses or taxis, but it seems vans suitable for camper conversion are also a) rare, and b) expensive.

Still, everything comes to one who waits, or I just got lucky. I went to look at a VW Transporter van one saturday that suited my remit, only to find it vastly different from the photgraphs (and text) in the advert. A bit of a heap really.
When I got home I had a look on ebay and a new listing showed one the same year, that had already been half converted, so I arranged to look at it the next day.

It turned out to be ideal.
A lot of the work I would ned to do had already been completed, and more.
It was more expensive than I had planned on paying, but there was a lot more Camper than Van as well,
so it was a no brainer.

Behold, I am now the proud owner of a VW Campervan. 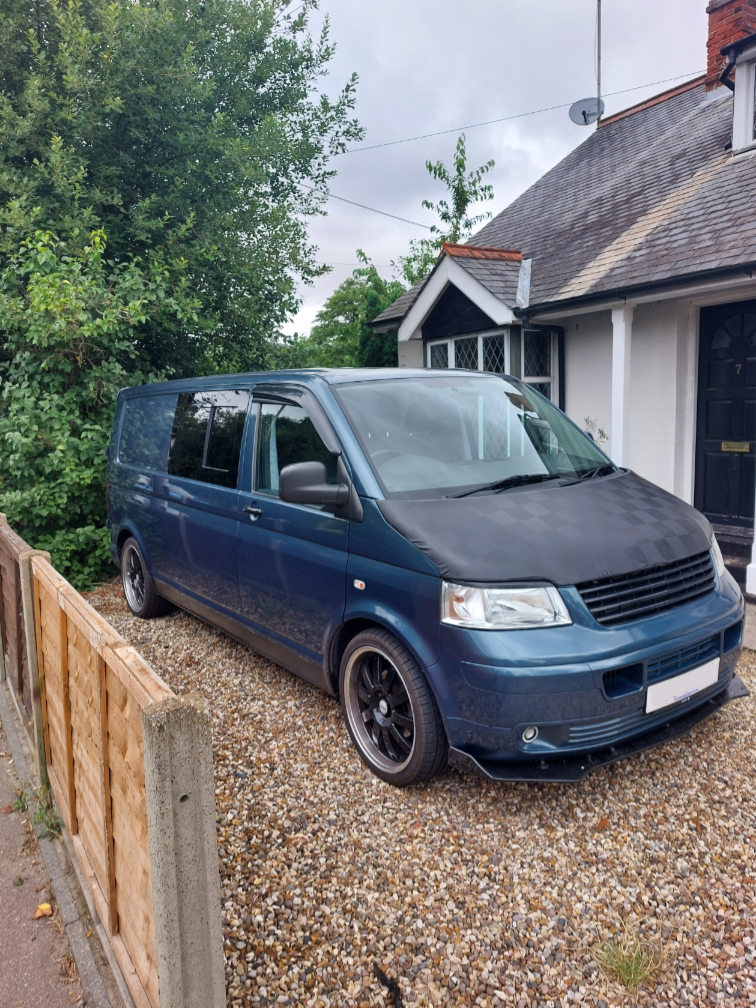