While visiting Cornwall we always try to get to the Eden Project at least once a year.
This year was no exception, and we visited in late May 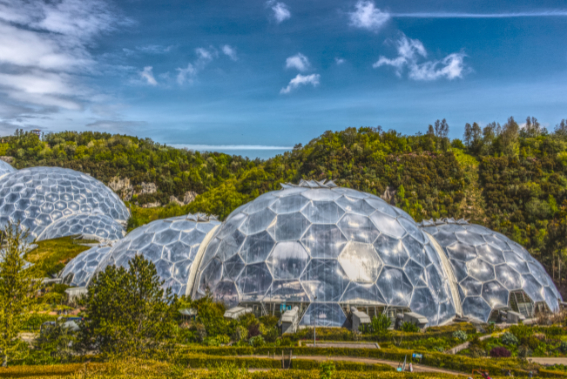 Spent the day at The Eden Project. Still as good as ever.
Much less crowded than we expected, I suppose that is
at least one advantage of the Covid rules.

Eden never disappoints and it was great to leisurely wander
around in the sunshine and photograph some of the amazing plants they have there.

Though the biomes do not change much from year to year I still enjoy
strolling through them.

One new addition I do not recall from before is a bar area
in the Mediterranean biome. Nice place to sit and people watch
while having a cold beer. 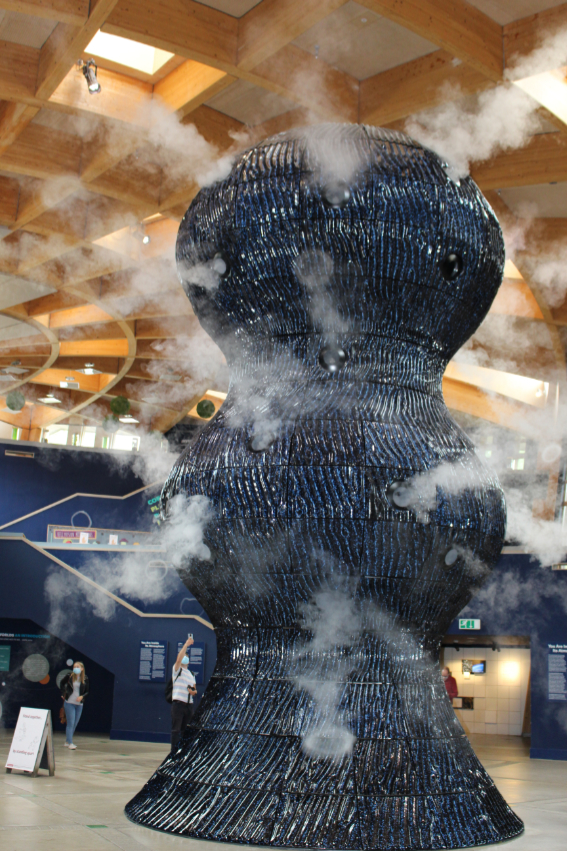 They have this new exhibition called The Invisible World. The exhibition reveals the world beyond our senses: too big, too small, too fast, too slow, too far away in space and time.

Part of it is an amazing ceramic sculpture 9 metres high weighing 20 tonnes
Called Infinity Blue, it has 32 cannons that fire out scented vapour rings randomly every two or three minutes.

This was an absolute photographers nightmare, trying to guess
which hole will fire next and get a good shot of the smoke ring.

In the end went for a long shot, and it must have reached the end of a cycle or something as they all started firing really quickly.