Left Dartmoor and now in Cornwall, staying in Falmouth.
Pubs are now allowed to seat people inside so we are staying in The Cutty Sark hotel. Surprised at how quiet the town was though, considering people are allowed to travel. There was a news item on later saying as the government had put Portugal on the green list, people that had bookings in the UK were cancelling them and heading off to the sun. Hope the hospitalliers still got their money though.
This hotel does not have its own parking, but there is a huge car park opposite so its fine. However, from May 27th it is closed for 3 weeks because of G7, and the roads all around restricted, so the landlord is not too happy about that.

On Tuesday the weather was not too bad first thing so decided to head off to Charlestown, near St Austell.
I wandered around taking a few photographs then it started to drizzle so thought we would pop in a pub for a drink. As so often the case, could not get in because we had not booked a table at least two weeks ago.
Back to the car and off to a village called Lerryn, near Lostwithiel. I wanted to go there as I had heard there were stepping stones across the river, and it was low tide, so a good opportunity. 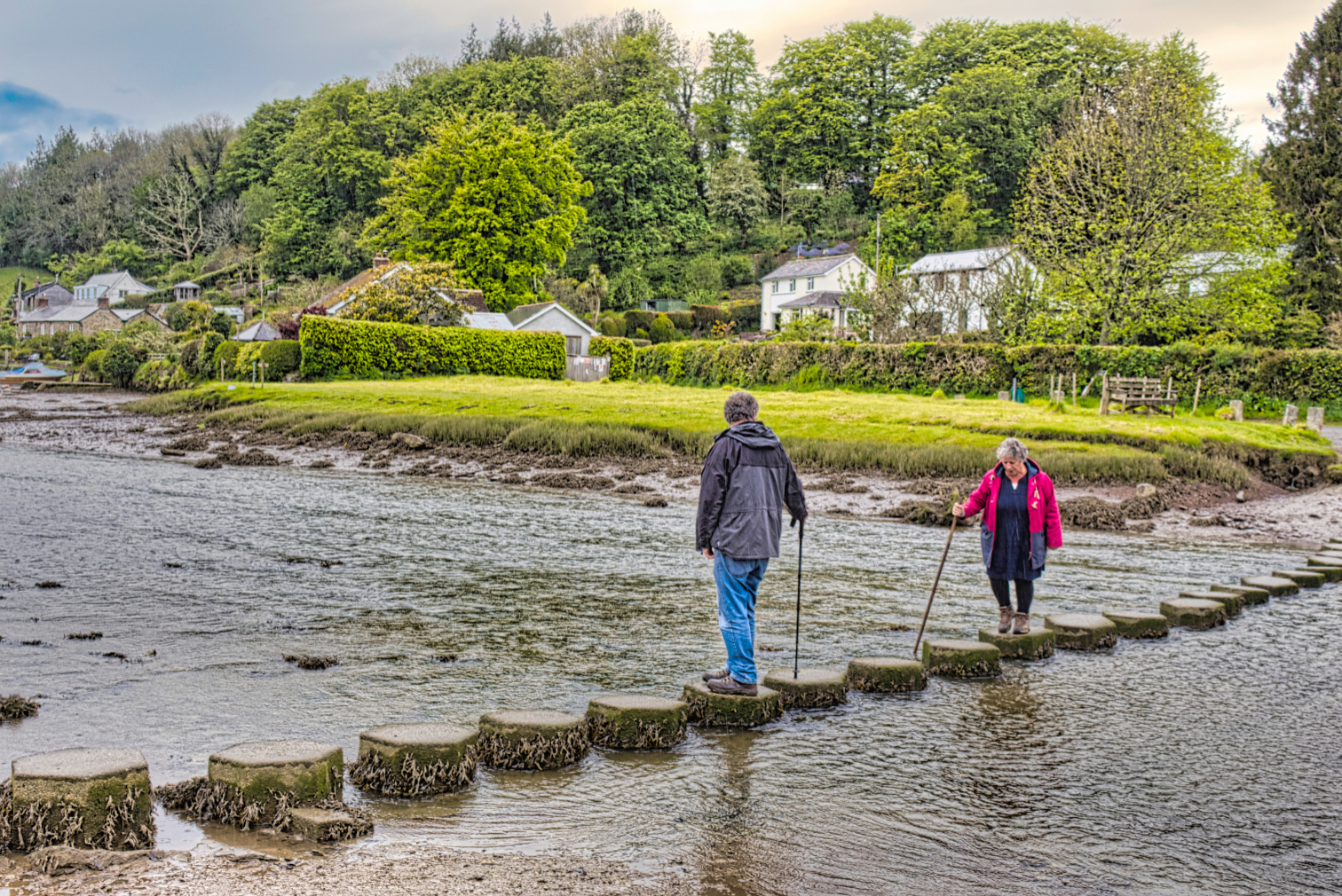 We did manage to get inside the pub here, and had a couple of pints (Doombar zero). Rain had started in earnest when we left. Stopped in St Austel on way back to do some shopping, by then the weather was terrible.

The weather brightened up somewhat a few days later so we went for a trip along the north coast.
First stop was the beach at Portreath. As it was still fairly early the beach was quiet, so I managed to get some shots of the beach and Gull Rock without any people in them. 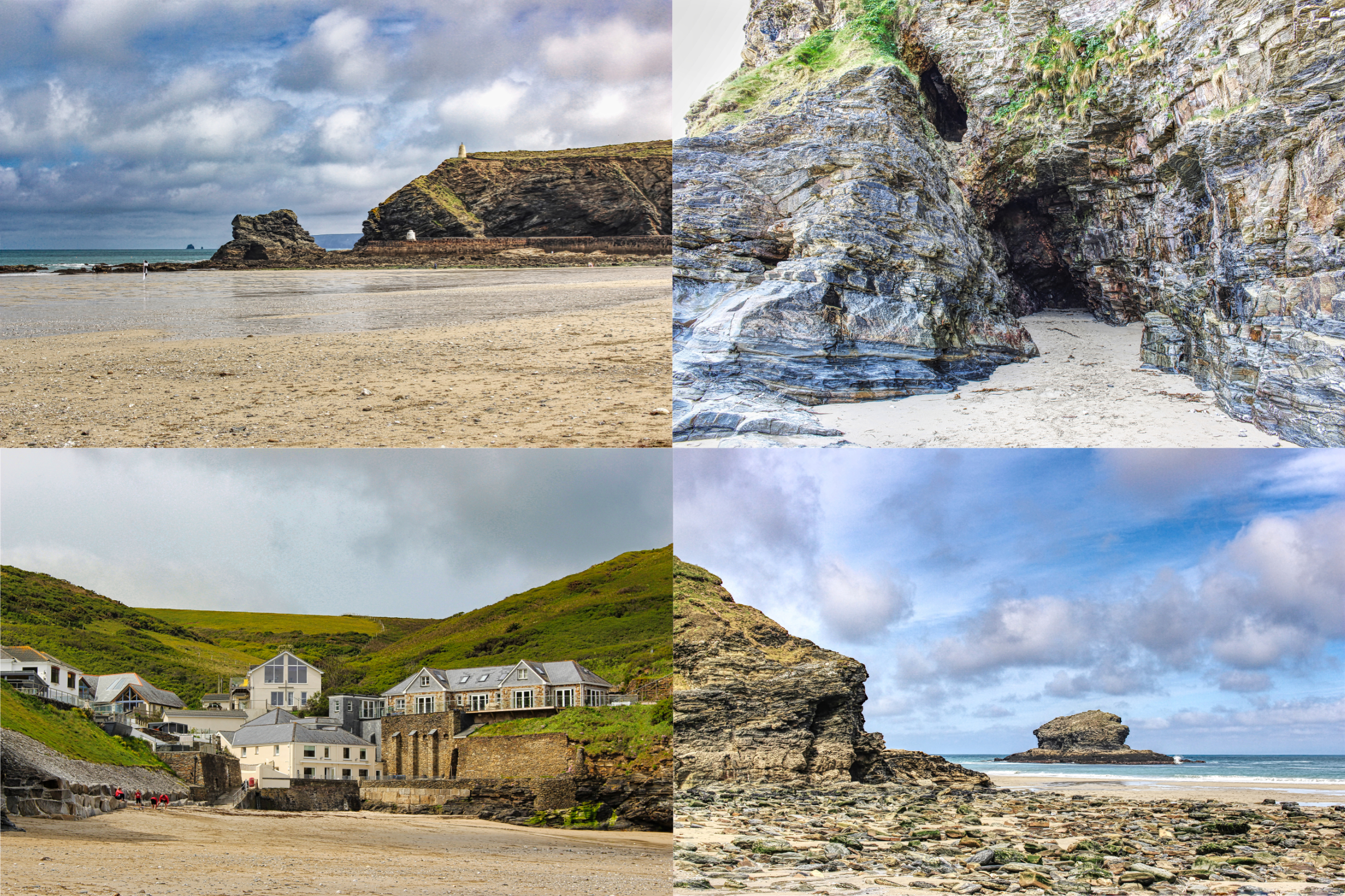 Heading off further down the coast toward St Ives we stopped at Hells Mouth for a coffee and some more shots of the fantastic scenery.
The sea pinks were out to provide a little colour, along with masses of yellow Kidney Vetch.

After that went on to Godrevy, and parked up in the National Trust carpark. It is very conveniently situated for lovely views of the lighthouse and over to the bay of St Ives. Gave St Ives a miss this time and finished up at Marazion, opposite St Michaels Mount. 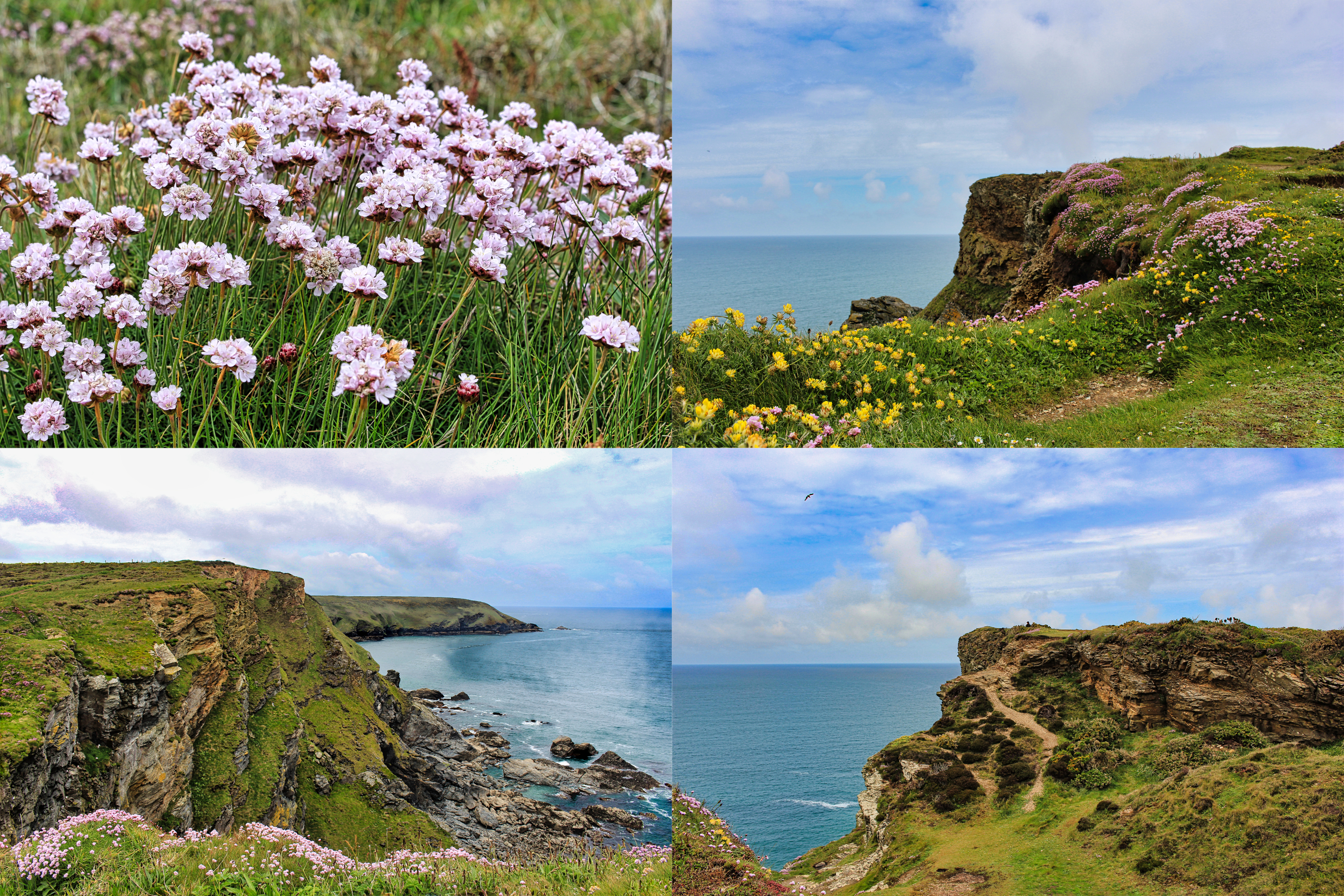